Now that I am officially 12 weeks pregnant, I can update you on my bump as we are in the ‘safe zone’. Sorry for anyone that doesn’t want to see my belly. I will put a pic of a covered bump first next time to make sure that anyone who doesn’t want to see it in their feed doesn’t have too. I had to take this picture with the timer but will ask someone else to next time as all my photos blurred 😦 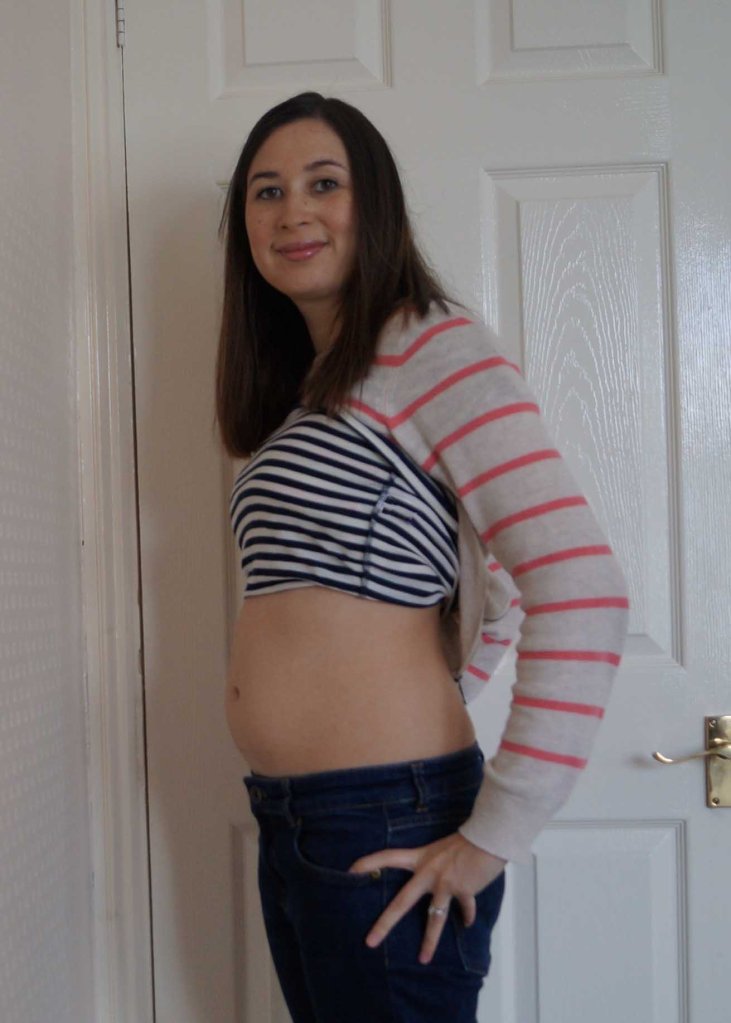 I’m not wearing anything maternity as my regular jeans, Cherry from Oasis, are a bit lose. During my first pregnancy I had already started wearing maternity trousers from about 9 weeks as my stomach felt really tight and my ribcage started to feel as though it was expanding. 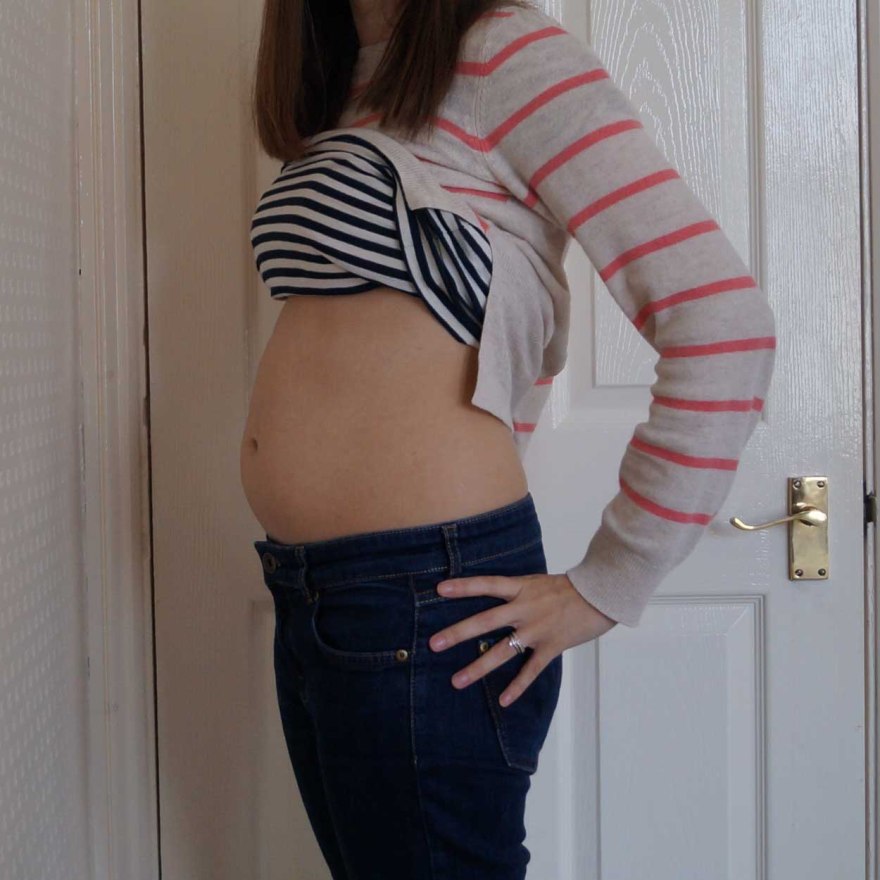 I am: 12 weeks!
I weigh: 119lbs/54kg
I’ve gained: I started at 60kg which is 132lbs but with the Hyperemesis gravidarum I’ve lost 13lb/6kg.
How I’m feeling: I’m generally feeling ok. A bit queasy throughout the day but the tablets are working for the majority of the time. I get tired quite quickly and I’m often in bed by 10pm. If I have been ill, I occasionally need a nap afterwards. Annabelle doesn’t nap everyday anymore so sometimes I’ve to ask Andy or my mum to look after her while I ‘recharge’.
Highlight: The 12 week scan. It’s always exciting to see the baby and he/she waved to us. It was my second scan with this baby and the difference between 8 and 12 weeks is amazing. At 8 weeks the only movement I saw was the heartbeat but this time it was rolling around.
The baby is: A naughty baby! We needed to measure the fluid around the neck to test for Down’s syndrome but the baby wouldn’t lie in the right position despite much jigging from me and prodding from the sonographer.
Food cravings: Sweet and sour foods and flavours. I know I shouldn’t drink fizzy drinks so I limit myself to a couple a of cans a week of lemonade or cola. Sometimes I’ll drink Tropicana orange and lime juice with soda water if I’ve already had my quota for the week. I’m enjoying a lot of Halloumi, salad and red liquorice (not together, of course!).
Symptoms: Queasiness, a bit of indigestion and sometimes feeling dehydrated but unable to drink a lot as it makes me feel queasy.
My body: With my first pregnancy my belly button popped out and it looks as though it’s starting to happen again. My husband called it ‘5p’, so it’ll be back soon!
Any mood swings? Mostly happy but I get a bit emotional if I see, hear or read something sad and occasionally a bit moody!
I’m looking forward to: being able to talk to the baby. Andy talked to Annabelle all the time when she was in my tummy and she always knew his touch too as she would rarely move for anyone else.

I hope you enjoyed my first pregnancy update. Stay tuned for my 13 week update. Bx 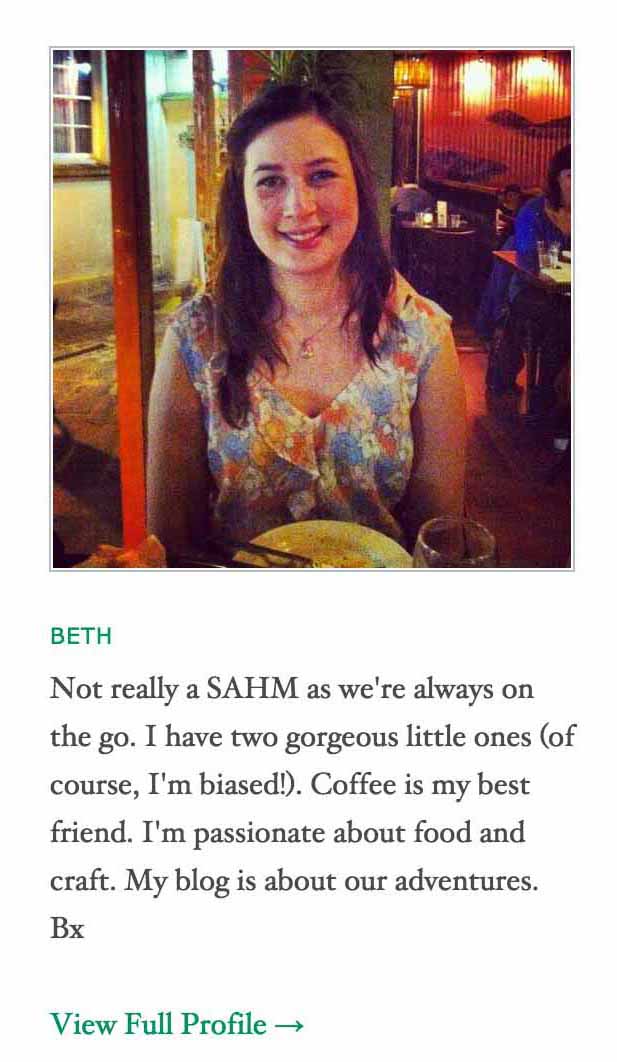